During the past eight years media sources have reported unprecedented disclosures of corruption, greed and exploitation occurring within our political, social, religious and financial institutions. Through these disclosures we are witnessing a collapse of many of the collective lies that have been actively destructive in our culture for thousands of years. We are now seeing how we have been manipulated by “the 1%”.

We are in the process of a very rapid spiritual awakening…. One astrological explanation of why the Shift is happening now is that the Earth recently arrived in a new part of the galaxy – the middle of the Milky Way – something it does every 26,000 years. In this part of the galaxy very high frequencies exist and these frequencies are being absorbed into our planet to lift and assist us to evolve quickly.

More Light is entering into matter and into our consciousness.  This process assists us to very quickly let go of all distorted patterns, beliefs, judgments and ideas of what Reality really is. This can make life a little rocky!... and it has!!

This monumental transformation might be referred to as an evolutionary leap of consciousness… Or the birth of a whole new human species and The Ascension.  The Now… and we know how to enter it. 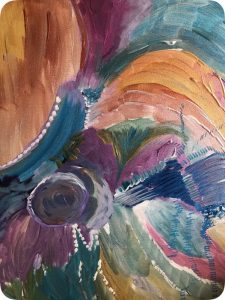 The first image I texted you is the one we did our meditation with. We did a clearing process that lovingly transformed the aggressive energetic force.

A few weeks ago we plugged into the Fifth Dimension. Remember? We plugged it into our reality so that we could make an Ascension to the vibration of love, justice and equality. 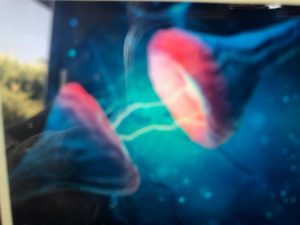 I’ve included a picture of a synapse which is representative of all the neurons in our body that transmit electricity between them so that we have physical movement and life! 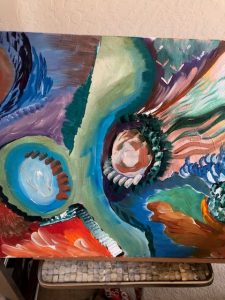 The next picture as an image that I painted and is the same kind of synapse and it is connecting the third and Fifth Dimensions so that the Fifth Dimension can become a reality on Planet Earth. 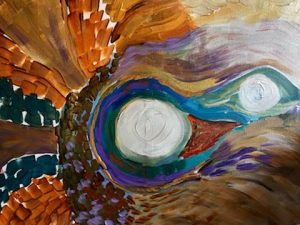 As you can see I painted the next image after our work on Monday to release the negative impact on our planet and there has been a huge shift and reconciliation as the third dimension gives birth to the Fifth!

This image is the birth of a new consciousness on Earth!

Please feel free to forward these prayers to friends and family